Did you get left with a bunch of green tomatoes from your garden? Besides the larger ones that I'm letting turn on their own, I had several small tomatoes that aren't going to turn red so I had to find a use for them. 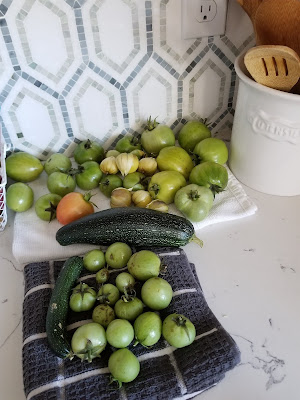 I typically search Pinterest for recipes and then customize them based on what I have at home. I found this rice recipe and started my creation. Following the directions I cooked the bacon. I did it in the oven according to the instructions found here which is so much easier and cleaner. I used yellow onion I grew in my garden instead of the green onions the recipe calls for. I also used my dehydrated onion stems I made from my garden trimmings this summer. 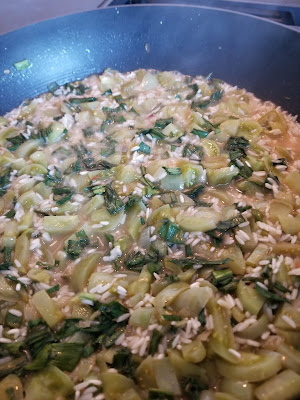 Add the chopped tomatoes, cook and then add the garlic. After a minute, add rice and the rest of the ingredients. Once it was all cooked up I added the chopped bacon and then threw in some kidney beans I canned a couple of years ago. 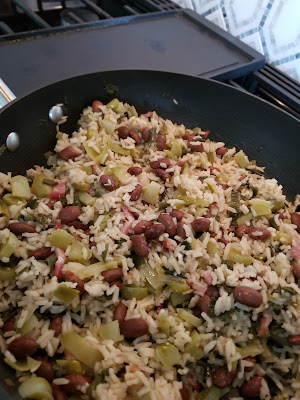 It looks great and hubby loves it. I love putting together recipes where I can use my garden and canning foods.
Labels: Recipes